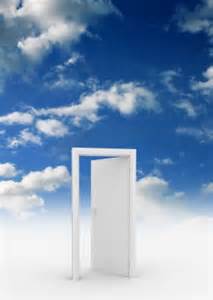 The Two Women At My Door

One day I was feeding my toddler, and I heard a knock at the door. I lived in an apartment and anyone could come through the main doors to access my front door. Little did I know that by answering that door, my life was going to change forever.

When I opened the door, there stood two young, well dressed women. They handed me a magazine, and as I was perusing the cover, they took the opportunity to ask me if I would like to learn the Bible. Wow, my prayers were finally answered (read the Jewish Years).I told them to hold on a minute while I ran into my bedroom and grabbed my little pocket sized King James New Testament Bible. However, when I arrived back in the living room , one of them held a black Bible out to me that boasted both, the Old and New Testament. It would only cost me a dollar. I thought, “What a deal!”

One of the women asked me if she could return in order to start having a Bible Study. And would I be available the same time next week. They offered to explain the magazine they had left with me and how they would back it up with scriptures from my new Bible. The Bible was called the New World Translation of the Holy Scriptures. That is when they mentioned that they were Jehovah’s Witnesses. I really did not know anything about them.

Then I was asked to prepare for them by answering the questions at the bottom of the main article in the Watchtower Magazine. I was to use my “new” Bible. I emphatically agreed and could not wait for them to leave so I could start reading the magazine.

It held ideas that were very new to me, but I had an open mind and decided to give them a chance. I was twenty-one years old at the time; it was ‘1975 and I did not escape them until I was thirty-six years old in ‘1990. This encompassed my entire life as a young woman.